I barely remember my first hit, but I’ve been poked and prodded so many times since then that I’m pretty sure the hashtag #onestonedbear would apply to me.

Usually they stuck me when I was trapped in some piece of culvert crap recycled from the bowels of the local junkyard on the outskirts of (fill in the name of any small town in Canada).

And the drugs my family and I have known, well the list is a long one.

Of course, it’s better than the “good old days” when the only pill we got was the lead one, but the litany of crap they’ve pumped into our systems would make the most hardened junkies cringe.

At least we haven’t seen them use Carfentanil on us although our white brothers have been subjected to it – only the most powerful opiate out there for wildlife work.

Of course, no matter what they use on us, we’re out cold, sedated, we don’t feel a thing – sure, sure we are.

And to say we’re not aware of what’s going on around us, well that’s downright stretching the truth, like the word TRUTH was printed on an elastic band and the more you stretched it, the more the letters transformed, from T to B and H to T until it all looks like BULLSHIT to me.

Cause I remember them all.

I’ll never forget those beady eyes and bushy moustaches sitting under that dilapidated cowboy hat they call a Stetson.

And that badge, with the beaver looking down at me like it was top gun in these northern climes.

I have dreams about that beaver, curled up in that lodge in winter like it was impervious to the efforts of the large tawny wolf layin’ some single track all around and over that snow covered mound at the edge of the pond.

And I’m rootin’ for the wolf!

Not that the beaver ever did anything to me, but it’s that image it conjures up in my subconscious that makes a winter’s nap seem like a never-ending nightmare trapped in a hell of drug-induced memories.

No matter how I look at it, we were always on the losing end of some needle or bullet, administered by someone paid to look after us.

I know some of them are tryin’ but when I crawl out of this den in a few weeks, I’ll still have to navigate their roads, their railways, their towns and golf courses. I’ll still have to find food in places where I can eat without running into hikers, bikers, quads and horses.

Places that are increasingly few and far between.

But those are the places I’m looking for.

Places where the only drug is fresh air falling down cool mountain slopes, drenched in the scents of alpine fir and lodgepole pine or washing ashore with a rising east coast tide dripping in the savoury saltness of the ocean.

Places where wild raspberries line river banks and old forest fire scars give way to ripe blueberries. Places where roots and shoots lure us in to dine uninterrupted.

Those are the places I dream of.

But then there’s that damn beaver again and the overly zealous guy underneath the hat, itching to flex his trigger finger so he can add another line to his resume that reads something like “substantial wildlife management experience” or “trained in chemical immobilization”.

You’re trying to get ahead.

So go on, stick me again, with whatever concoction it is that you’re serving up this year.

I’ll sleep it off! 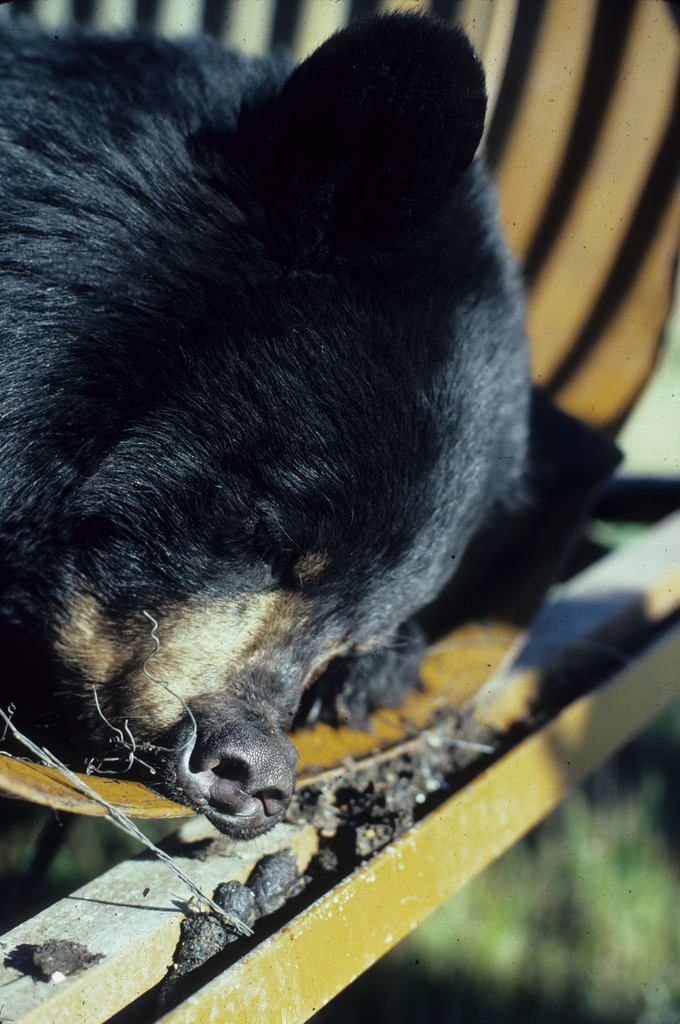